From a distance, these ten works by Shane Cotton have a strongly graphic quality. They look like a row of archery targets, or a series of pulsing GPS locator beacons zeroing in on a significant location. But when you get up close, the surfaces of Cotton’s circular forms appear softly weathered, as if the pressure of the world around them has worn them away slightly. You become aware of the small painted motifs within the concentric circles—heads, texts, bars, dots, smaller targets, ancient presences. And suddenly, rather than looking like something that belongs to space, like the trajectory of an arrow or the flight plan of a plane, you see that the works might equally be concerned with time, that the bands of colour might be read as the rings of a tree or as a model of eternal return.

The works themselves took several years to make. In 2009, Cotton spent a couple of weeks in Israel working with the Gottesman Etching Center to produce the circular forms. (The colours are drawn from the Israeli and Palestinian national flags, as well as the tino rangatiratanga flag and Cotton’s impressions of the landscape.) They’re monoprints, which means they exist as single images pulled from the printing press—essentially, they’re printed paintings. When Cotton got back to New Zealand, he put the sheets away for three years, finally adding the smaller motifs over the etched surface by hand.

The heads in the images are toi moko, or mokomokai, preserved and tattooed Māori heads. Cotton has worked for many years now from a copy of a photograph of Horatio Gordon Robley, a colonial soldier and artist who fought in the New Zealand wars, with his collection of heads displayed on a wall behind him. It’s a horrific image, a deeply shocking one. “I wanted to see whether I could take a heavily laden image from our history and say something different with it. […] I think they’re really about what it means to have and hold on to a memory or retain a likeness, which is also what painting was historically about. So I thought I’d start painting them and see what happened.” 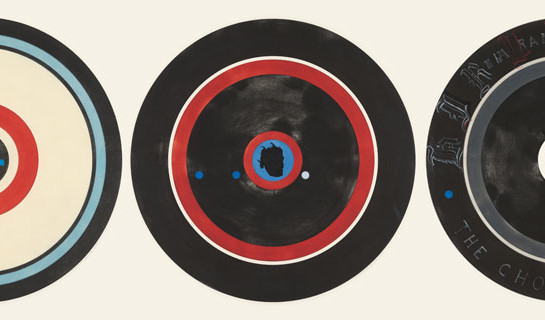 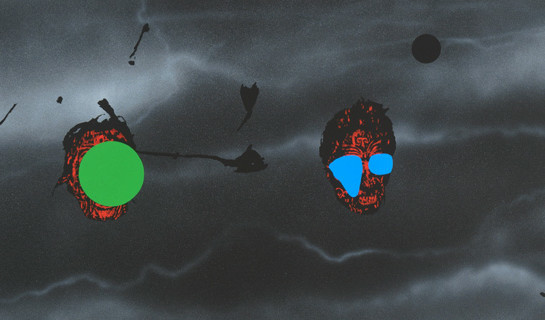 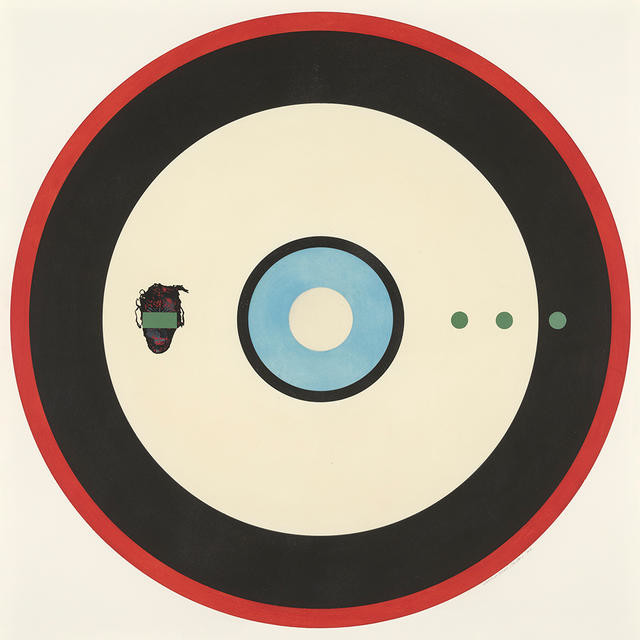