This painting represents, perhaps, a reimagining of Aotearoa New Zealand’s pre-history, a storied time when mountains and rivers were characters with volition and destiny. The horned skull figure is not quite dead and not quite alive, its eye sockets gloomy caverns in the hillside, its hunched shoulders the hill’s steep bluffs. Tony Fomison grew up in Ōtautahi / Christchurch. The harsh southern landscapes were a constant presence in his work, even after his move to Tāmakimakaurau / Auckland in 1973. “I came from the South Island, and the South Island I must mention! Yes your mountains still pile up on my thoughts!” he said. 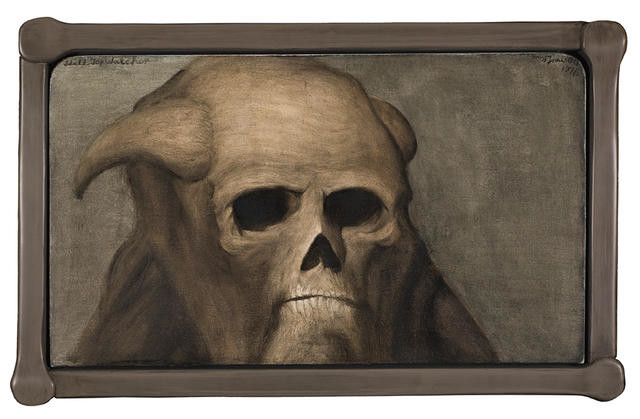