Over the past five years, printmaking has had an increasing presence in Tony de Lautour’s oeuvre. He has worked with a variety of print mediums, including etching, wood and linocuts and lithography. The woodcut medium in particular is favoured by the artist, who is drawn to the raw, rough qualities offered through cutting relief images directly onto the surface of a woodblock. In the 2003 woodcut, the rough qualities inherent in the medium add a dramatic element to his image of a seedy underworld character.

De Lautour graduated as a sculptor from the University of Canterbury School of Fine Arts in 1988, but it is painting that he has excelled at – today he is widely regarded as one of New Zealand’s leading painting practitioners. De Lautour tends to prefer to print his own prints, but has also collaborated with several printers including etchings with Watermark Studio in Christchurch. 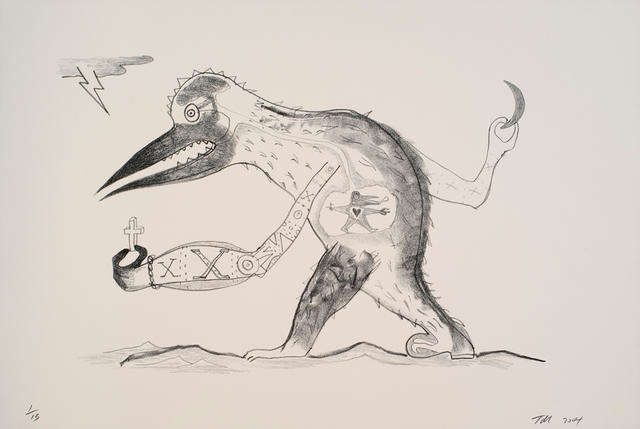