This is an early work by Alfred Walsh, completed during his student years in Dunedin. His technique is formal and tightly controlled and he is clearly concerned with accurately depicting the harbour’s landscape.

Coastal scenes were a common subject in Walsh’s work throughout his career. He was first attracted to painting outdoors in the 1880s and thereafter preferred to make his watercolours directly from nature, rather than work from sketches in the studio.

Born in Kyneton, Australia, Walsh arrived in Dunedin with his family in 1864. In 1876 he joined the Public Works department as a draughtsman but also began attending classes at the Dunedin School of Art. In 1887 Walsh was appointed assistant master at Canterbury College School of Art, beginning a long and very influential teaching career that would last 24 years. 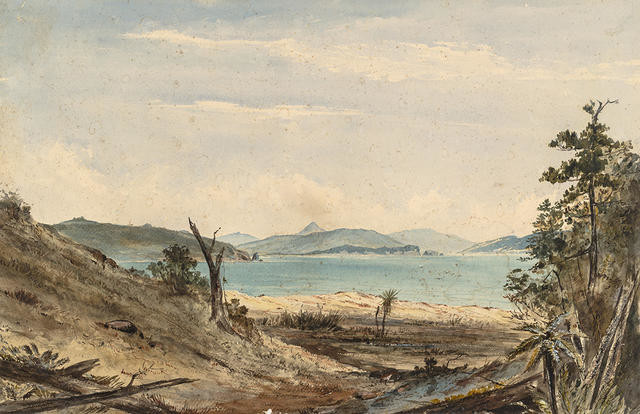