Who's that gi-i-irl, hanging around with you? 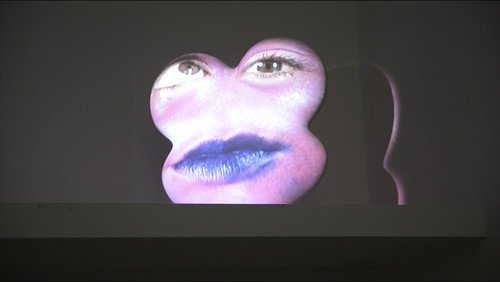 Yup, I know technically that should be 'running around with you', but that just wouldn't scan for this image of Sang, loitering about in the stairwell of 212 Madras Street.  She might not be a looker in the usual sense, with those chameleon eyes and black-blotted lips, but trust me, once encountered, she's very hard to ignore. Sang is one of three biomorphic sculptures by Tony Oursler that will be inhabiting the 212 Madras Street space from this Saturday until the end of June (there'll also be a work down on the street below and two monster projections on Christchurch Art Gallery's rear wall and on the corner of Oxford Terrace and Gloucester Street). 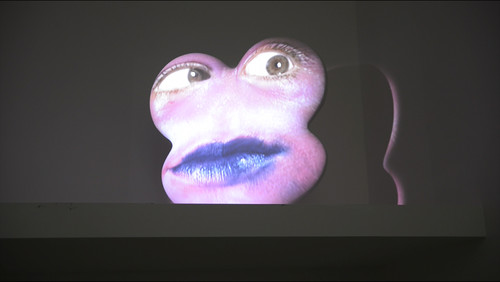 Sang's componetry is pretty simple - a fibreglass form, covered in gesso, which is then projected onto with an accompanying audio track. Spend a few minutes in her company though, listening to her try out human language as though for the very first time, and I'll think you'll agree she's more, much more, than the sum of her parts. 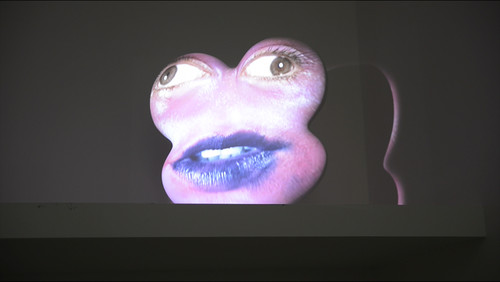 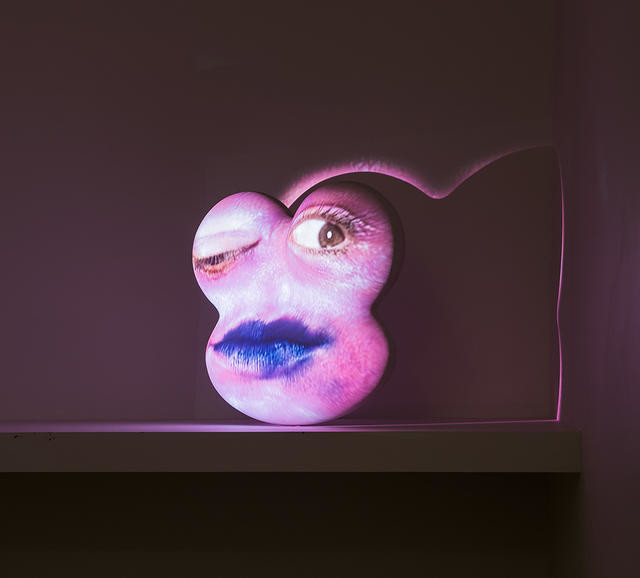