Is it sheer, poetic coincidence that the number of the latest Landfall journal is 222?

Given that the issue's theme is Christchurch and Beyond, and that it deals with the aftermath of the city's recent earthquakes, that number, now associated permanently with the day the word 'aftershock' turned into an ugly understatement, seems too acutely pertinent to be accidental.

With quake-related contributions by local writers such as Fiona Farrell, Tom Weston and Philip Armstrong, #222 makes familiar, grim and occasionally uncomfortable reading. There's plenty worth looking at with the inclusion of works by four Christchurch artists – Miranda Parkes, Wayne Seyb, Jason Greig and Julia Morison (represented by eight works from the remarkable Meet me on the other side series that will be on show as part of the Gallery's Outer Spaces project from 9 February to 18 March) and it also features a section in honour of Allen Curnow, with tributes by Janet Frame, Ian Wedde and Seamus Heaney to name a few.

For my money, though, it's a poem that really makes the issue. The deft, luminous similes of Brood, by Dunedin writer Emma Neale ('Like brilliant pupils on the snow slopes/ the birdlings carve right inside their parents' glittering wakes'), had me thinking of Robert Frost and made me pleased, if not surprised, that Neale has won the Kathleen Grattan Award for Poetry for 2011. 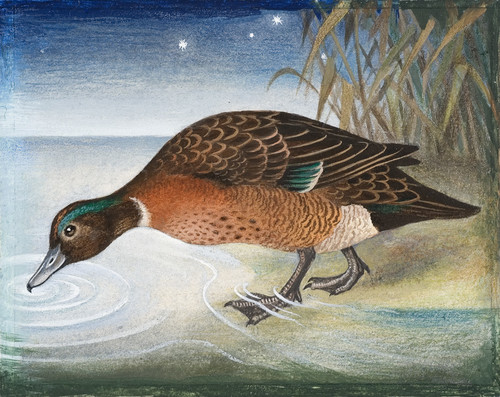 Sharing an interest in expanding the idea of abstract painting beyond its traditional borders, Miranda Parkes and Tjalling de Vries explore the creative possibilities of commercial billboards in an exhibition that combines painting and projection to obstruct and intrigue in equal measure.