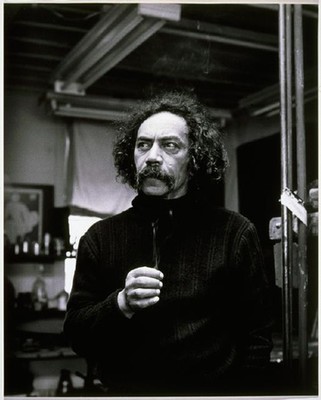 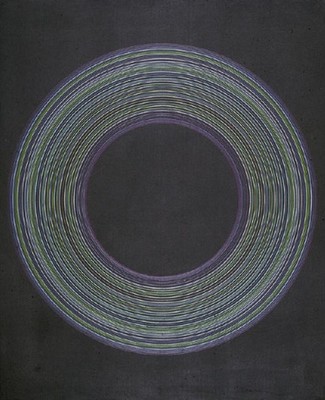 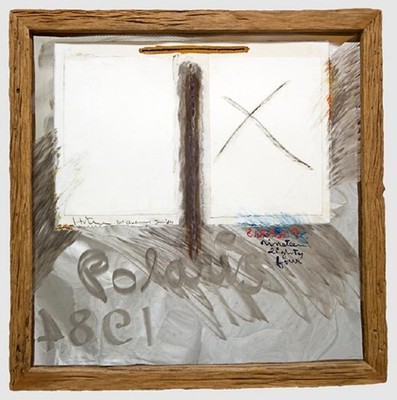 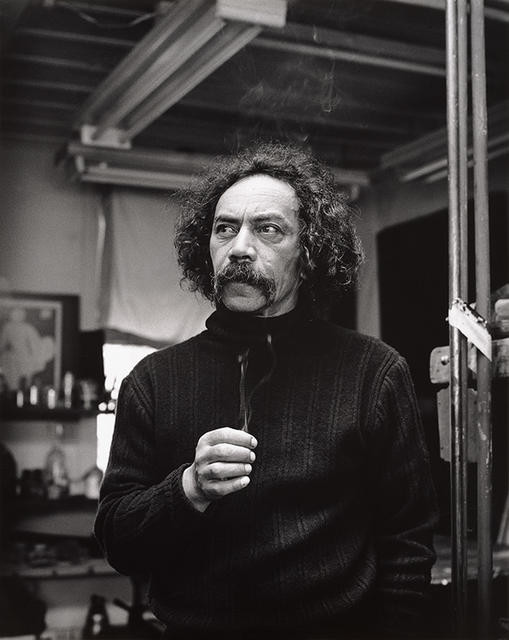 This photograph of Dunedin artist Ralph Hotere is part of a series of portraits of New Zealand artists by Marti Friedlander, taken between 1977 and 1979. She was inspired to photograph living artists after reading Alexander Liberman’s book The Artist in his Studio. Here the key elements of hand and easel anchor the image as Hotere looks away from the camera. He is relaxed and contemplative, yet his penetrating self-awareness is framed by the intense light falling on his face and hair. Friedlander was born in London, she studied photography at Bloomsbury Technical School and worked as a studio assistant for portrait photographer Douglas Glass and fashion photographer Gordon Crocker. She arrived in Auckland with her New Zealand husband Gerrard in 1958. Friedlander’s first photographs in New Zealand were of a protest meeting in 1960 but it was not until 1964, after returning from a year in Israel and Europe, that she began taking photographs full-time. She was awarded a Companion of New Zealand Order of Merit in 1999. 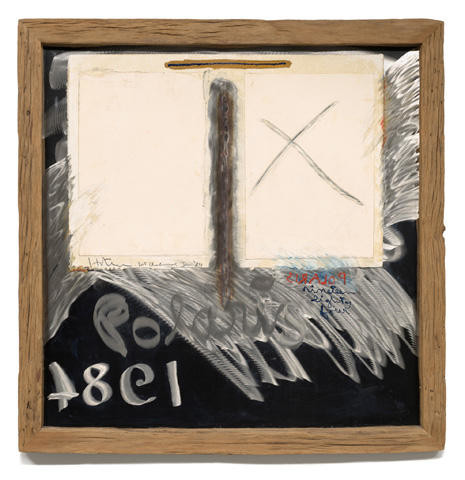 Ralph Hotere made his first ‘Polaris’ works in London in 1962, as the world teetered on the brink of war during the Cuban Missile Crisis. The UGM-27 Polaris was the United States Navy’s first nuclear-armed ballistic missile, launched from an attack submarine. In late 1983 / early 1984, with nuclear-powered US ships visiting Aotearoa New Zealand as part of the ANZUS alliance, and the controversial US policy to “neither confirm nor deny” whether they carried nuclear weapons, Hotere returned to this subject with a new sense of urgency. He worked with sheets of stainless steel – rumoured to have been ‘repurposed’ from a Fisher & Paykel factory truck – taking to them with a buffer, grinder and blowtorch to create ravaged surfaces that thrummed with violence. In 1984 No. 9, a missile-shaped form surges up across a delicately scorched paper sheet, countered by Hotere’s ragged, but forceful X. The reversed writing, reflective steel and weathered frame (made by Hotere’s friend, Christchurch artist Roger Hickin) make this ‘painting’ seem more like a mirror – a reflection of our actions and their consequences. (Te Wheke: Pathways Across Oceania, 2021) 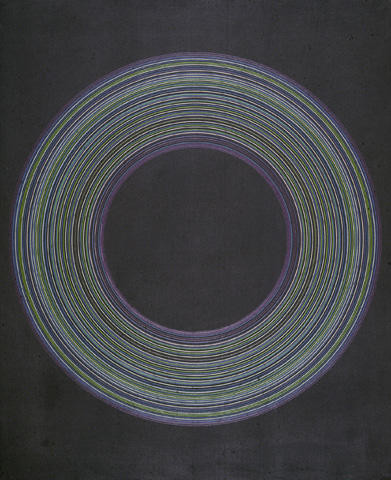 1969 was a watershed year for Ralph Hotere. It was the year he was awarded the Frances Hodgkins Fellowship at the University of Otago, which led to his permanent move to Dunedin and Port Chalmers. Black Painting is not only one of the first purely abstract paintings to enter the collection, it is also the first painting by a Māori artist to be acquired. In Hotere’s enigmatic series of Black Paintings from 1968 and 1969, pinstripe circles or lines pierce the void of the dark backgrounds. Black Painting was acquired from the 1969 Group Show in Christchurch by Muir, who had studied under Hotere in Auckland during the mid-1960s.